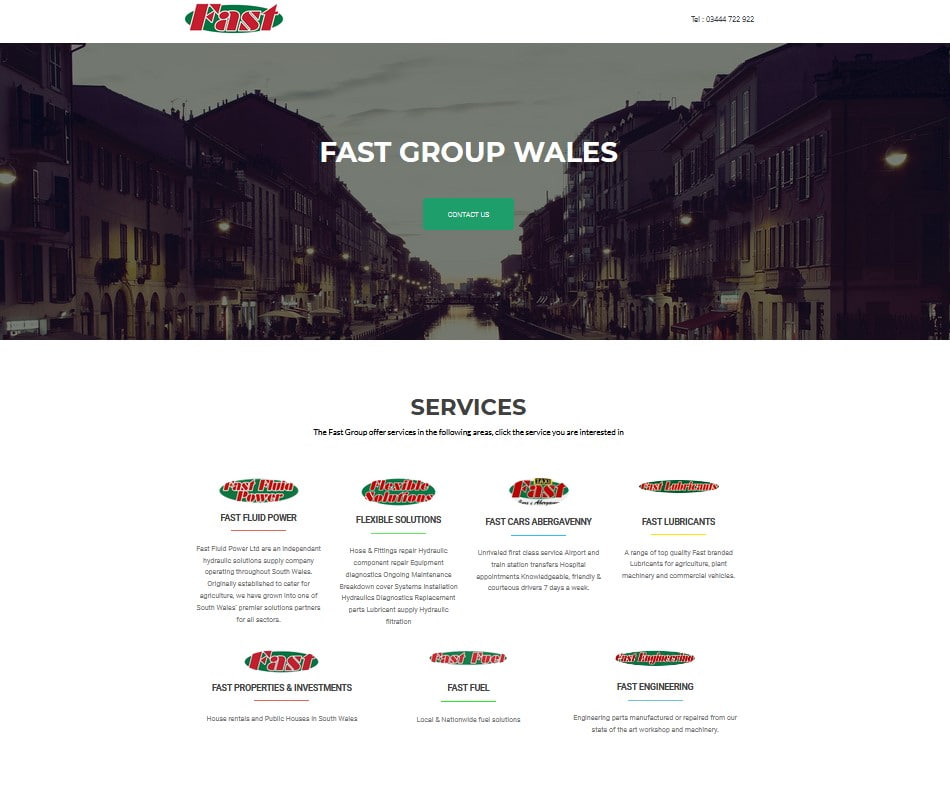 The Fast Group of companies in Wales needed to firm up its brand by moving their current website. Its destination was the domain fastgroup.wales. Something that firmed up their Welsh branding.

The site itself is very straightforward. Serving as a portal to the web sites that make up the Fast Group.

This is how we went about it

It was a new domain and it was allocated to its hosting.

The next step was to install a backup of the original site to this hosting area. I completed this using a migration process switched in the new domain name.

A critical eye took a look at the old site. The biggest concern was that WordPress originally used was being deprecated. Now was the time to switch in a new theme.

Using WordPress makes this a straightforward task. The new theme went in. A bespoke child theme created from it and the task was to make the new site look like the old.

This did not take long.

That was not the end of it. We had moved a website known to Google. So we also had to tell Google about the change. Redirections were set up to point Google and other search engines to the new site address.

If you’d like to take a look at Fast Group Wales you can find it at: https://fastgroup.wales/

You can find out more about which cookies we are using or switch them off in settings.

This website uses cookies so that we can provide you with the best user experience possible. Cookie information is stored in your browser and performs functions such as recognising you when you return to our website and helping our team to understand which sections of the website you find most interesting and useful.

You can adjust all of your cookie settings by navigating the tabs on the left hand side.

Strictly Necessary Cookie should be enabled at all times so that we can save your preferences for cookie settings.

If you disable this cookie, we will not be able to save your preferences. This means that every time you visit this website you will need to enable or disable cookies again.

This website uses Google Analytics to collect anonymous information such as the number of visitors to the site, and the most popular pages.

Please enable Strictly Necessary Cookies first so that we can save your preferences!